The Baby Carrier Wars: Ergo 360 versus Baby Bjorn One 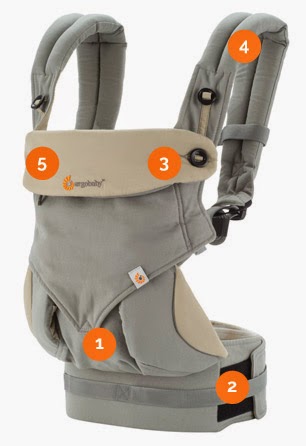 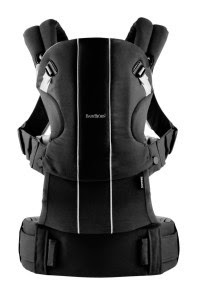 I've owed this review for a WHILE and I've finally had the chance to sit down and write it!  First of all, let me begin with the fact that I've been using my Ergo 360 A LOT lately.  It's like my stroller.  I don't leave home without it.  I've also had a lot of opportunities to compare it to the Baby Bjorn One I tried and a few things stand out. 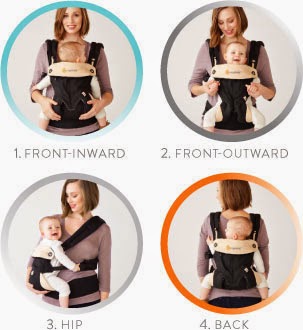 Front Facing Seated vs. Hanging Position
First and foremost, I have to address the baby "sits" in the Ergo 360 versus the way the baby "hangs" in the Baby Bjorn One. Baby Bjorn has long had it's critics because of the way babies hang in their carriers.  It is not considered ideal for baby's hips.  Bjorn has made a marked improvement in the way baby is seated in the One while facing mom or dad in the front of back carry position in the carrier so that is a plus.  But, baby still hangs versus sits while in the front carry position   A seated position is always preferred and is ideal for baby's developing hips but it is difficult master when designing a carrier. Well, Ergo mastered it with their Ergo 360.  If you look at a baby in the Ergo 360, the carrier forms like a cup under baby's bottom and baby is sitting in the carrier versus dangling with his/her legs spread out.  The baby looks and feels much more comfortable than in the Baby Bjorn One. 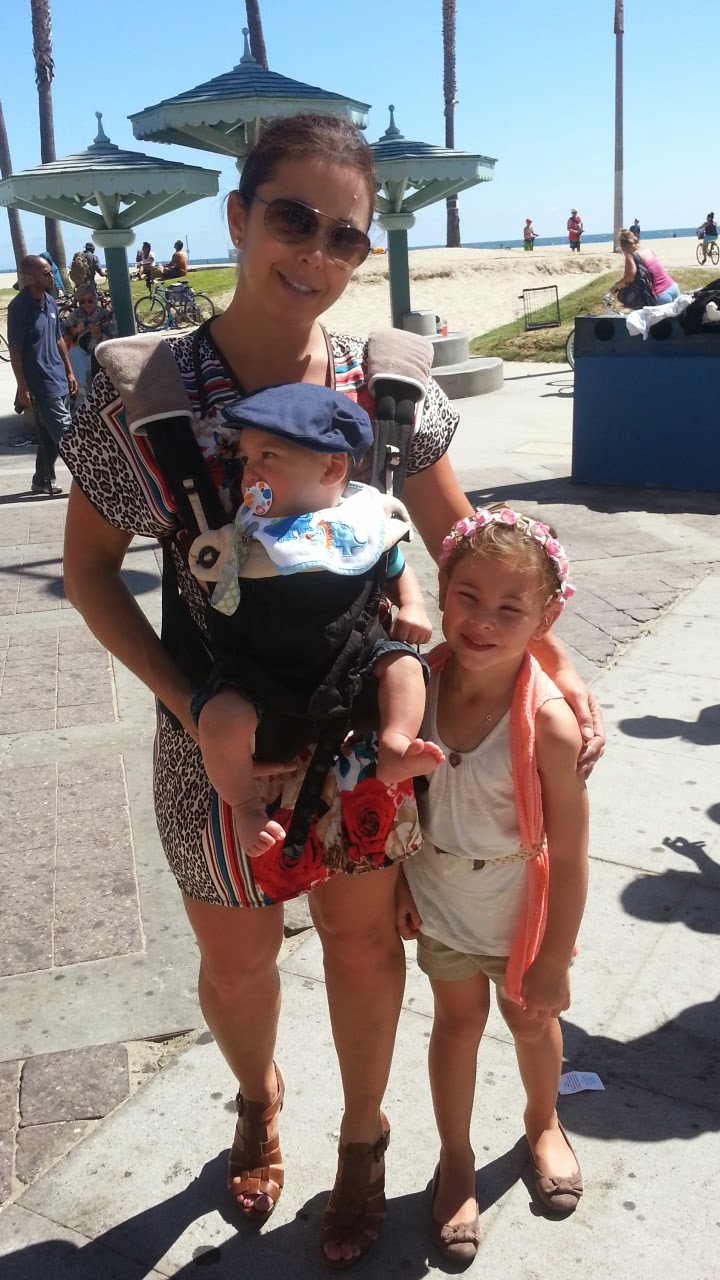 Front, Back, Forward, Rear and Side Carries
Both carriers offer you the ability to carry baby on your back and on the front.  They also both offer a front facing position.  What the Ergo 360 offers that the Bjorn one doesn't is the ability to do a side carry.  This can be more comfortable, putting less direct pressure on your lower back and can help get things done while wearing baby since baby isn't directly in front of you.


Padded Shoulders
Both carriers excel in this arena and have very padded shoulders to help alleviate the pressure from carrying baby.  Ergo also sells suck pads (shown below) to place around the shoulder straps to help prevent excess wear to your carrier when a teething baby sucks on the straps or drools all over them as they most do :).  Mine were a little high because I had not yet adjusted them when hubby took the photo but you get the point :) 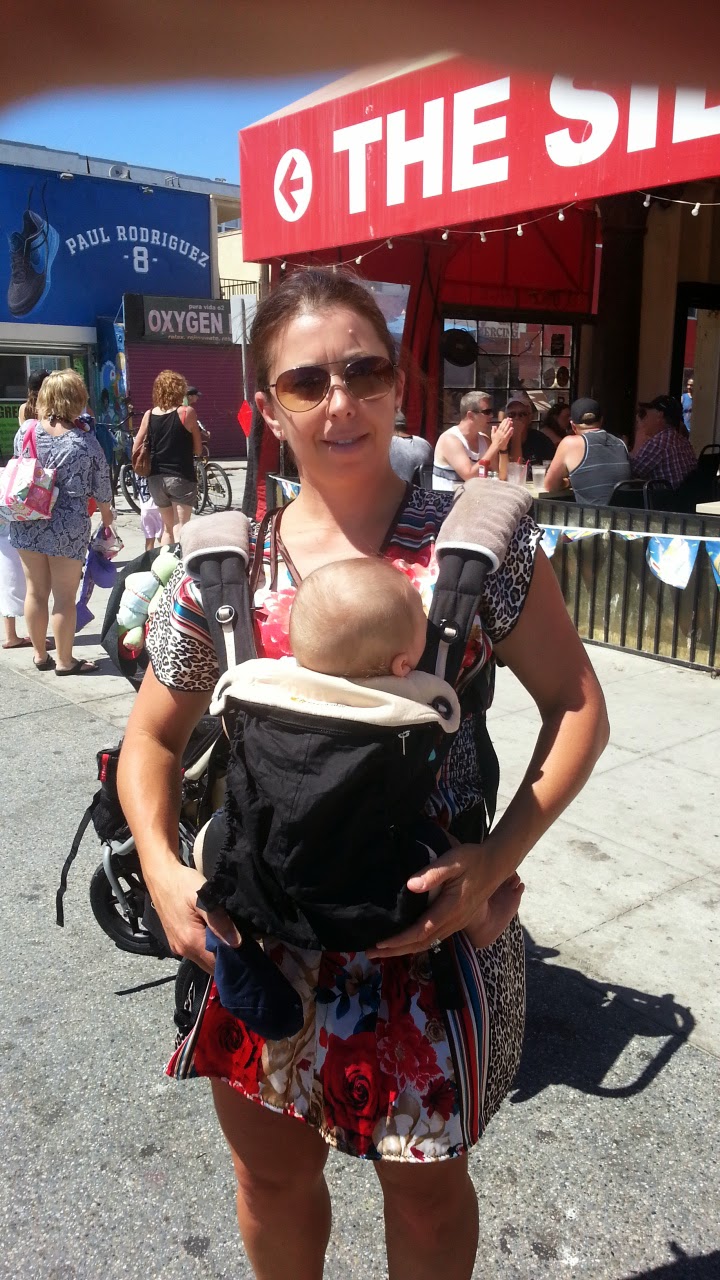 Head Support
Both carriers have sturdy, adjustable head support that can be folded down when baby is older and can support his or her own head.  This is very handy when they're newborns though.  One perk to the Ergo 360 that the Bjorn does not have is the hood that is concealed within the head support area.  When unfolded and snapped into place on the shoulder straps, it protects and covers baby's head.  This comes in very handy when breastfeeding in the carrier and/or out in the sun to protect baby's head from the harmful rays of the sun. 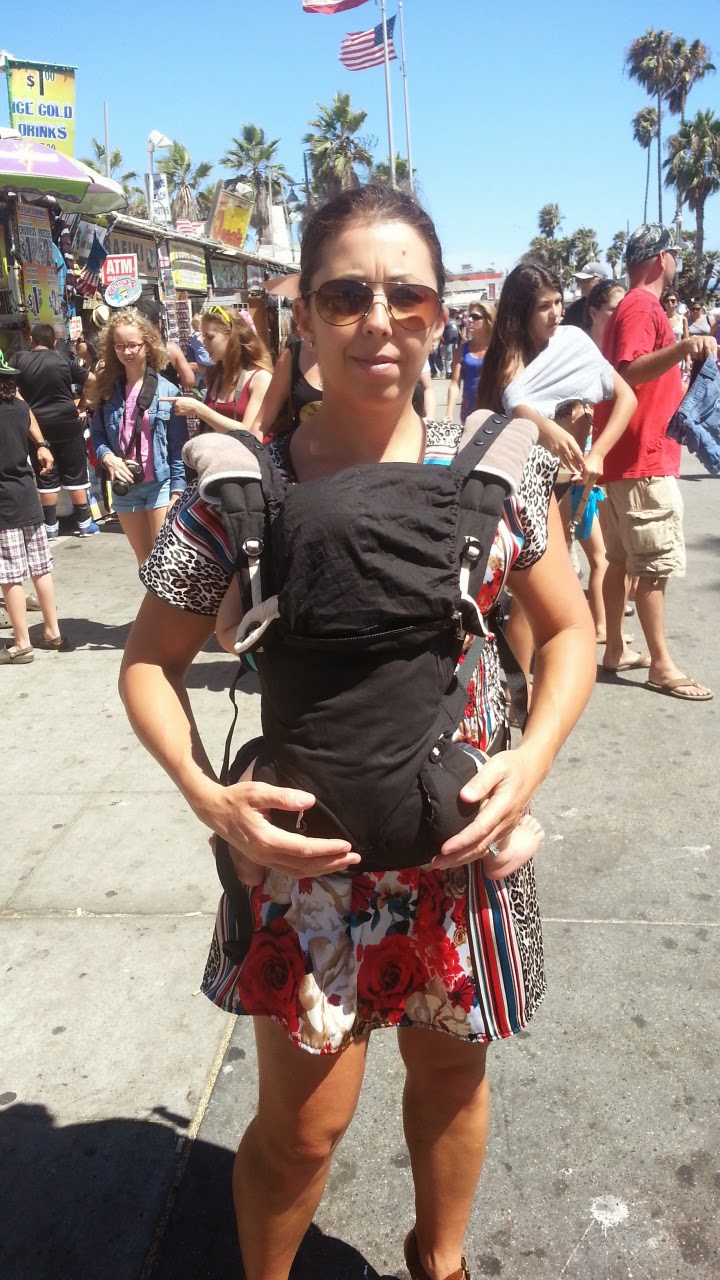 Bib
This is the only thing that I think the Ergo does not have that the Bjorn does.  When baby is carried in the front facing position, the baby's drool may get the front portion of the carrier wet.  Bjorn makes a bib that attaches to the front of the Bjorn one to protect the carrier and keep it dry.

Age and Weight
The Bjorn can be used from newborn up until approximately 3 years of age.  The minimum weight is 3.5kg or 8lb and baby must measure at least 53 cm or 21 in.   The max weight is 15kg or 33lbs and the max length is 100cm or 39 in. Bjorn recommends not carrying baby in the front carry position until at least 5 months of age and not past 12kg or 26lbs.  The Ergo 360 is usable with baby from day one.  The company suggests using the newborn insert (sold separately) until baby is at least 12 lbs or 5.5kg.  The Ergo 360 can be used until baby until baby is approximately 3 years old and is 15 kg or 33 lbs.

Material
The Bjorn One is made out of a cotton blend with 60% cotton and 40% polyester.  The waist belt lining is 100% polyester.  The Ergo 360 is 100% and machine washable.  That comes in very handy with kids as any mom can tell you! 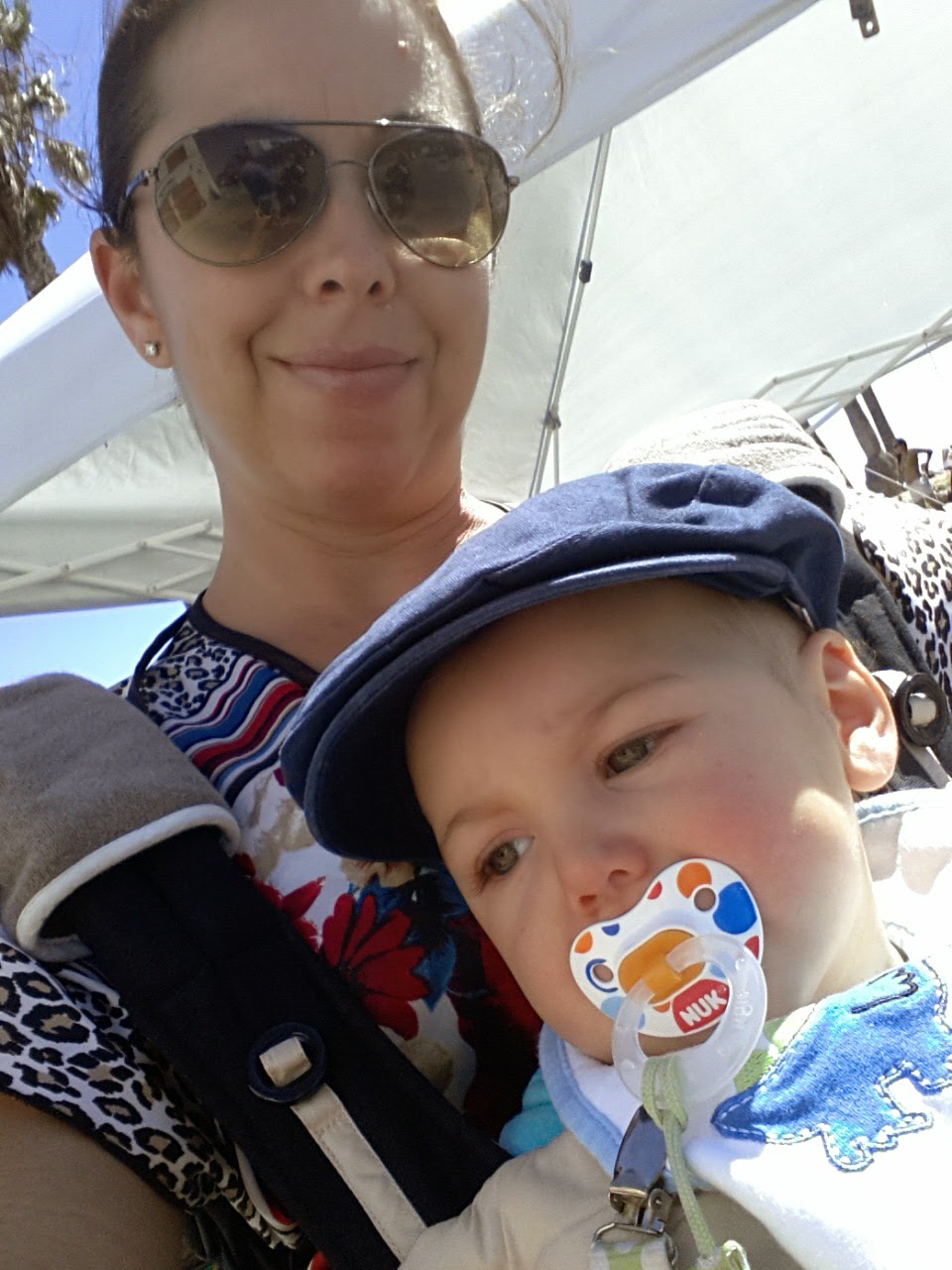 Overall
Overall, I'd have to say that the Ergo 360 is superior to the Baby Bjorn One.  The fact that baby is in a seated position versus a hanging position not ideal for baby's hips alone is enough to deter me from using that carrier.  I have long been an Ergo carrier fan and used the original Ergo I bought for my daughter for over 3 years.  It was very comfortable, never hurt my back and she loved it. My son now loves the 360 and can sit in there for hours as we go for walks, go shopping, etc.  He sleeps in there, breastfeeds and just hangs out without fussing.   The Ergo's price and the fact that it's 100% cotton is also a plus since the polyester can get uncomfortable and hot in the summer.  Last but not least, the hood that comes on the Ergo 360 is great! I can nurse him while I walk around and no one can even tell I'm doing it.  It's great to be able to do that and not have to use my nursing cover since it can be cumbersome and get in the way.

T
Posted by FitFluentialMom at 11:45 AM