Weight Loss Is About Much More Than Exercise + a Meal Plan

You don’t have to be a physician to know that those who lose extreme amounts of weight using extreme exercise and diet protocols are extremely likely to gain all of their weight back, and then some.  That means the BEST way to lose weight is by implementing lifestyle changes you can keep up with AFTER you've lost the weight so you KEEP it off!
To be clear, by making a few key adjustments to your daily habits and diet and exercise plans, your weight loss can be extremely successful and more importantly sustainable. Here are eight tips, proven by science to not only help you shed fat fast, but also keep it off for the long run!

DON’T RELY ON EXERCISE ALONE
You’ve likely heard the old fitness chestnut “you can’t out exercise a bad diet.” “Exercise is not the only thing you should do to lose weight,” says Kelliann Davis, PhD, an assistant professor at the University of Pittsburgh Physical Activity and Weight Management Research Center. “It has to be in combination with diet.” In a study from St. Louis University, people lost weight whether they exercised, cut calories, or both. But those who did both, cutting their daily calories by 10 percent while embarking on an exercise plan, doubled their insulin sensitivity — a metabolic indicator of long-term weight-loss success. People who begin diet and exercise plans at the same time are also more likely to be following both a year later, according a study in Annals of Behavioral Medicine.

EXERCISE INTENSELY
In a study published in the Journal of Strength and Conditioning Research, people who did high intensity interval training (HIIT such as that in the Insanity Max 30, 21 Day Fix and 22 Minute Hard Corps workouts) alternating 20 seconds of maximum effort followed by 40 seconds of rest for 30 minutes, burned three to four more calories per minute than those who performed steady-state exercise, such as running, cycling, or resistance training. And it only gets better from there: “There is evidence that your body starts to burn fat preferentially as a fuel as you become fitter,” says Davis. Those benefits extend post-workout, according to a study in the Journal of Applied Physiology. The researchers found that people with a high aerobic capacity (developed through intense cardio workouts) continued to burn fat at a higher rate post-workout than people with a low aerobic capacity. That’s reason enough to ramp up your HIIT training, which is a cornerstone of many Beachbody programs. And you can find TONS of them via streaming on Beachbody On Demand.

TRACK YOUR WORKOUT PROGRESS
“People typically overestimate how much and how hard they exercise,” says Davis. They also underestimate how much they eat! Science agrees: In a recent study in Medicine & Science in Sports & Exercise, people misjudged their calorie burn during vigorous exercise by up to 72 percent. Your move: Invest in a fitness tracker — preferably one that can monitor your heart rate (the most accurate way to gauge exercise intensity). “Keep track of your workout duration [i.e., the amount of time you spend exercising, not chatting], exercise intensity, and caloric burn to see if you’re hitting your goals,” Davis says. If you are, that knowledge will inspire you to keep at it. If you aren’t, you’ll know where you need to dial it up.

KEEP A FOOD JOURNAL
Devote the same attention to your diet by keeping a food log or tracking your intake in an app such as the 21 Day Fix tracker app. In a study from the University of Illinois at Chicago, people who recorded everything they ate each week for a year lost 3.7 percent more weight than those who didn’t. Then weigh yourself regularly to make sure you’re meeting your goals. In a study in the Journal of Obesity, people who weighed themselves daily lost 4.6 more pounds after 12 months than those who rarely stepped on the scale.

EAT MORE PROTEIN
A salad might be the classic weight-loss food, providing plenty of hunger satiating fiber, but unless that salad is topped with protein (think: meat), it won’t fuel weight-loss success. Not only is protein inherently anabolic (simply eating it triggers protein synthesis, the cornerstone of muscle growth), but like fiber, it’s also slow to digest, curbing hunger for hours after eating it. Which proteins are best for weight loss? That’s like asking a mother to pick her favorite child. But in a study in the American Journal of Clinical Nutrition, the following protein-rich foods performed particularly well: Yogurt, peanut butter, nuts (other than peanuts), skinless chicken, low-fat cheese, and seafood. Shoot for .7 g to 1 g of protein per pound of bodyweight per day, consuming at least .25 g of protein per pound of bodyweight per meal.

DRINK MORE WATER
Thirst and hunger are both registered by the hypothalamus, which often gets its signals crossed — sometimes when you feel hungry, you’re really thirsty. Similarly, filling your belly with water can help you tamp down feelings of hunger, according to British researchers reporting in the journal Obesity. In the study, participants who drank 12 ounces of H₂O before a meal lost significantly more weight after three months than those who didn’t. Need another reason to stay hydrated? You burn two percent fewer calories per day when you aren’t, according to a study at the University of Utah.

CATCH MORE ZZZs
People who sleep less than 5 hours a night are about 40 percent more likely to develop obesity than those who log 7 to 8 hours, according to a study in The American Journal of Epidemiology. The researchers noted that sleep deprivation may reduce the motivation to exercise and trigger counterproductive eating habits. “A lot of people overeat during the day [in an attempt to keep their energy levels up] to compensate for not getting enough quality sleep at night,” says Robin Berzin, MD, a functional medicine doctor and founder or Parsley Health in New York City. Turn off your phone, computer, tablet, and TV at least 30 minutes before bedtime, suggests Dr. Berzin. The blue light from these screens can reduce your production of the sleep hormone melatonin, giving you less deep REM sleep and leading to grogginess the next morning, according to a study from Brigham and Women’s Hospital.

RELAX
Fewer worries can lead to less weight, according to a study by Greek researchers. They found that people who completed a stress management program lost an average of 6.7 more pounds than those who did not. Many people live in “permanent emergency mode,” waking each morning feeling rushed, and staying in high gear until bedtime, says Dr. Berzin. This frenetic pace can spike levels of cortisol (a stress hormone) and insulin, starting a cascade of metabolic effects that can result in weight gain. Her advice: Learn a stress management technique, such as meditation, and practice it regularly.

IF ALL ELSE FAILS, SEEK PROFESSIONAL HELP
If you’re exercising regularly, eating healthfully, drinking plentifully, sleeping peacefully, tracking your fitness consistently, and still not losing weight, you might be hamstrung by a larger problem that’s not entirely under your control. “A lot of people have underlying medical issues — hormone imbalances, autoimmune diseases, metabolic disorders — that are cutting them off at the knees,” says Dr. Berzin. For example, about 20 million Americans have thyroid disease, according to the American Thyroid Association, and about 23.5 million have autoimmune disorders, according to the National Institutes of Health. Both conditions can make sustained weight loss more difficult. In many cases, a doctor can make a diagnosis with a simple blood test, and prescribe a course of action that can unshackle you from the condition that’s preventing you from achieving your ideal weight.

Posted by FitFluentialMom at 10:56 PM 3 comments 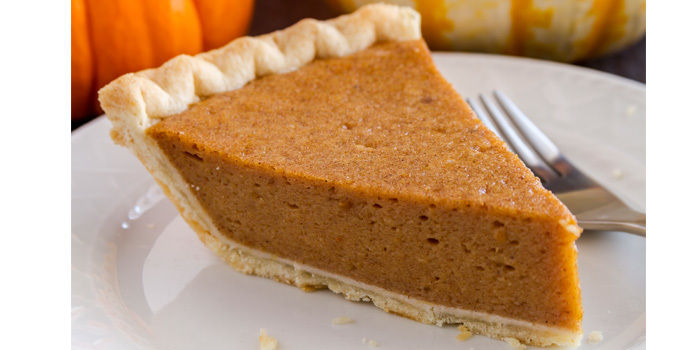 Posted by FitFluentialMom at 12:13 AM 1 comments